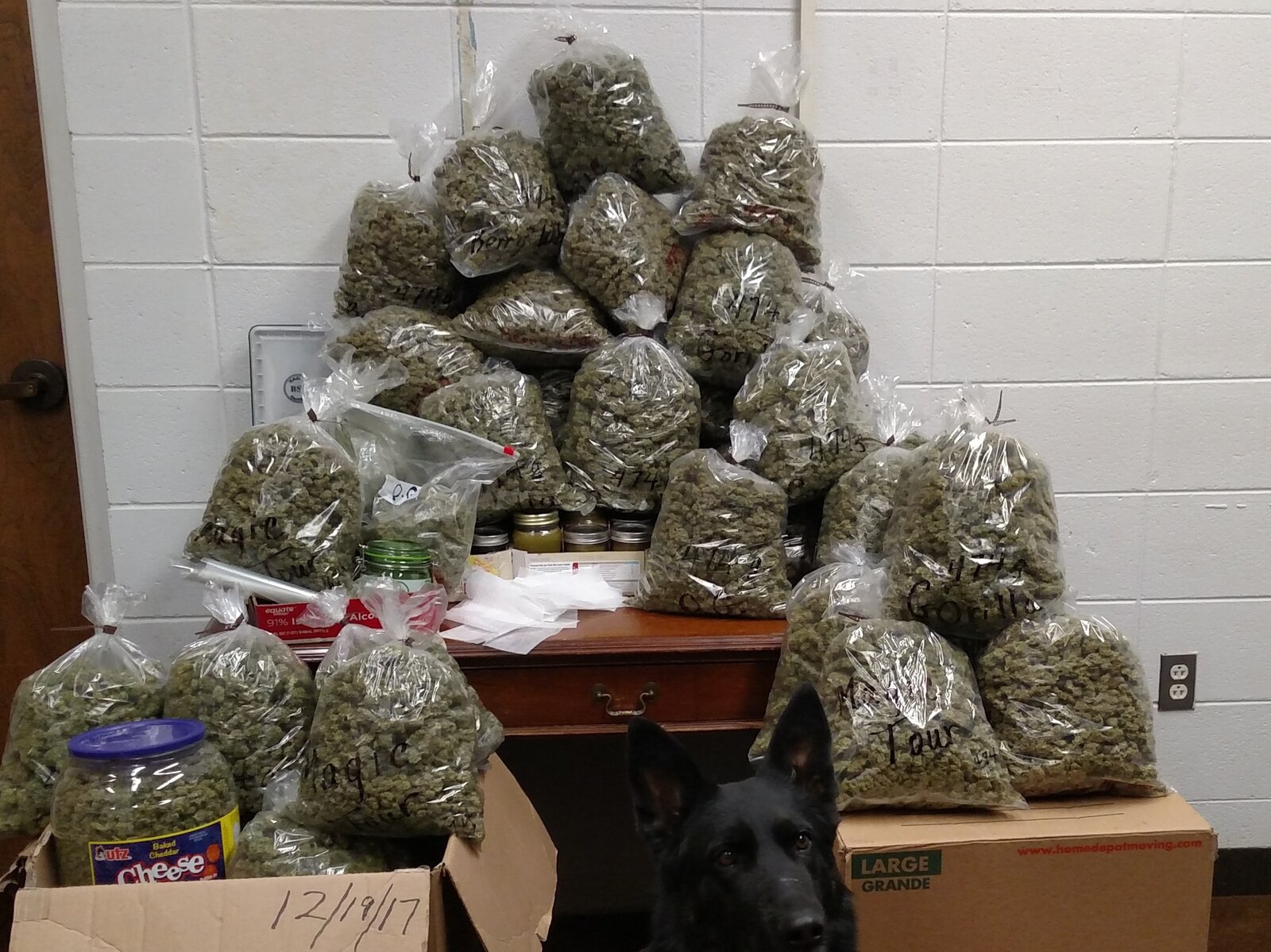 Sheriff’s deputies in York County, Neb., stopped a pickup truck on Tuesday when they noticed it driving over the center line and the driver failing to signal.

During the traffic stop, deputies noticed a strong smell of raw marijuana, the sheriff’s department says.

Patrick Jiron, 80, and Barbara Jiron, 83, said they were from northern California and were en route to Boston and Vermont.

Deputies asked the driver, Patrick Jiron, about the odor, and he admitted to having contraband in the truck and consented to a search of the vehicle.

With the help of the county’s canine unit, deputies searched the Toyota Tacoma. When they looked under the pickup topper, deputies found 60 pounds of marijuana, as well as multiple containers of concentrated THC.

“They said the marijuana was for Christmas presents,” Lt. Paul Vrbka told the York News-Times. The department estimated the street value of the pot at over $300,000.

The Jirons now face felony charges of possession of marijuana with the intent to deliver and no drug tax stamp. (Nebraska law requires marijuana dealers to purchase drug tax stamp from its Department of Revenue as evidence that the state’s drug tax has been paid.)

For the friends and family in New England who expected a bag of weed in their stocking this year, it looks like it won’t be a green Christmas, after all.

60 Pounds Of Weed For Christmas Presents

Previous Post Is there such a thing as growing too much marijuana? Rhode Island thinks so
Next Post California gets ready to ignite cannabis culinary-arts scene